Are you considering learning how to play the bass guitar, and are looking for some extra motivation?

While guitarists are commonly seen as the one in the limelight, the bass guitar plays an extremely important role in a band and has its own unique areas where it shines. Not only that, but it can be a lot of fun to play solo, with a skill ceiling that is much higher than most non-bassists are led to believe.

In this article, we’re going to go over some of the top reasons to learn the bass guitar, and showcase why this can be such a wonderful instrument to pick up and play.

1. Easy To Get Started

For a beginner – even if you’ve never played an instrument before, the bass guitar is one of the easiest instruments to pick up and play quickly.

Unlike the acoustic or electric guitar, most bass guitars only have 4 strings, and you only tend to play one note at a time. Most basslines follow many of the same patterns, making it easier to pick up and play new songs quickly and actually sound good.

In fact, most beginner bassists can start jamming along with most basic rock or pop songs within 1-2 months of starting.

Of course, there are no hard limits in this area. Dedicated bassists may make progress much more quickly, and those that only practice occasionally will take longer.

Still, when you compare it to other instruments, playing recognizable music that sounds good happens much more quickly – which is incredibly motivating for new musicians.

Although the bass is easy to get started, it is difficult to master.

This is largely due to the diverse set of techniques and genres that naturally suit the bass.

On one hand, you can play one note per bar for an entire song. On others, you may be playing far more notes than a guitarist ever would, with a wide variety of techniques such as slapping, tapping, sweeping, rapid arpeggios, etc.

If you thought bass was only a slow or ‘beginner’s instrument’, than I encourage you to watch the video below:

One of the nicest things about the high skill ceiling is that there’s always a new thing to work on, a new skill to develop. It constantly feels like you’re hitting new milestones, which is very encouraging and motivates you to practice.

Even bassists who have been playing professionally for decades still feel like they’re still developing their skill, which is not something that’s said for every instrument.

If you’re not used to performing in front of people, the bass can help relieve some of the pressure.

Audiences of most genres expect singers and guitarists to bring out some of ‘stage presence’ during their performance that goes beyond their playing. With bassists, there isn’t really this same level of expectation – just play your instrument and focus on the music (which by the way, nobody is as critical of.)

That being said, there is also nothing wrong with wanting to be the frontman or carry out a big stage performance if you want to. Some examples of bassist frontmen include Roger Waters of Pink Floyd, Paul McCartney of the Beatles, Sting from The Police, Jack Bruce from Cream, and Geddy Lee from Rush.

Therefore, you get to have all of the fun of playing in a band, without the same level of pressure that guitarists or singers would face.

4. Bass Is Fun Solo Or With A Band

If playing with a band isn’t really your thing – or something you want to put off until later, then it’s not a problem.

Bass is just as fun by yourself as is with others, and even can make a wonderful melodic instrument too.

There are plenty of tools online that will allow you to play bass tabs alongside other instrumental tracks of famous songs, games like Rocksmith that can help to teach you the bass, or drum loops that you can play over.

The use of a looper pedal like the BOSS RC-1 will allow you to loop over your own playing, allowing you to create really complex arrangements and build musical skill. 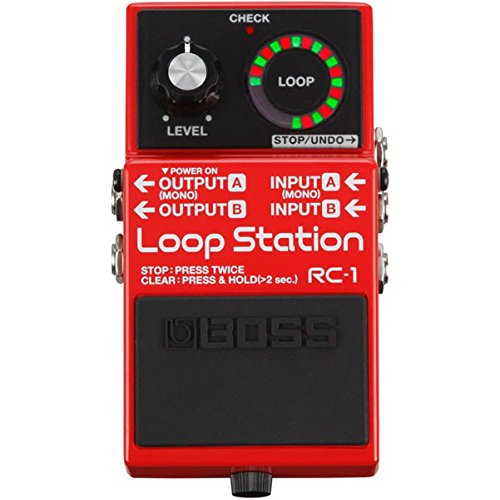 5. Honestly, It Feels Nice To Groove

Maybe this one is just personal, and it might not be something that you can understand until you experience it for yourself.

There is something special about really getting ‘into’ the music and beginning to loose yourself in the rhythm.

On electric guitar, it can be more difficult to fully immerse yourself in the music – at least while performing,  due to how varied the playing can be within each song. It can require more focus to hit every note, and may take more practice before reaching a point where you can let yourself go a bit.

You provide the groove that pulls yourself – and the audience into the song and captures their bodies and their souls.

People as a whole are knowledgeable, helpful, and welcoming to beginner bassists. There isn’t as much elitism or purists looking down upon beginners, or bassists that see things differently.

I sometimes wonder if the fact that bassists aren’t as well appreciated – or the fact that they don’t always get the credit they deserve, contributes to the kindness within the community. Bassists are a community that has accepted that they aren’t going to be the ones usually getting the spotlight on them, which means as a whole they are less likely to be snarky, attention-seeking, egotistical people.

(Obviously, not all – or even most guitarists are like that, but my point still stands.)

Bass is a pretty awesome instrument, so it’s not surprising that there’s also an awesome community of players as well.

7. Without You, The Band Falls Apart

As a bassist, you are the glue that holds the band together.

To your fellow band members, you along with the drummer keep the band in rhythm and in time. You provide the backbone for the other members to do their very best. Your supporting rhythm also helps them shine, bringing out the very best in each musician’s part.

To the audience, you bring a fullness and richness to the music, and a groove that helps pull them into the song.

Without you, drums sound like noise, guitars sound thin, and singers loose their groove.

Bassists do not always get the recognition or appreciation they deserve, but a band is not a band without a bassist.

8. Playing Bass Makes It Easier To Transition To Other Instruments Later

Just because you start out playing bass, does not mean it has to be the only instrument you ever play.

These vital skills translate directly to other instruments, including the acoustic or electric guitar.

Therefore, taking the time to learn the bass will allow you to pick up other instruments in the future much more quickly – making it easier to broaden your musical horizons!

It’s been wonderful to see so many musicians choosing to start playing bass guitar in recent years, and I’m excited to see this trend continue.

The bass is an incredibly rewarding instrument, and one that quite simply, can be enjoyed for a lifetime.

If you have any questions or there’s anything else you feel we should add to this list, feel free to let us know by sending a comment via the form below. It would be great to hear from you.

Until then, have fun!