An Introduction To Pitch, Pitch Classes, And Octaves

Have you ever wondered how music is made? Have you wondered what notes actually are, and why some sound so similar despite being so different?

In this lesson, we’ll finally get into some of the science behind sound and music, and introduce a few key concepts that are critical to reading, playing, and understanding musical arrangements.

How Does Sound Work?

How do the notes you play on your instrument – or rather any noise for that matter, get to your ears so that you can hear it?

To put things simply, all sounds are caused by vibrations (acoustic waves) moving through something. In our case, this is usually the air, from the source of the sound to our ear. We play a note, our instrument emits energy in the form of vibrations, and the acoustic waves formed by those vibrations travel through the air, to our ears.

Our ears and brain are pretty fantastic though, and they’re able to pick up a lot of context about the sound that help shape how we feel about it. Direction, tone, how loud or soft it is, these all affect how we perceive the sound.

So you may be wondering – if all notes that we play are just waveforms moving from the air, why do we have different notes? Why do we perceive some notes as low-pitched, and other notes as high-pitched?

This comes down to one trait of the sound called frequency.

When it comes to sound, what is frequency, and why does it matter? 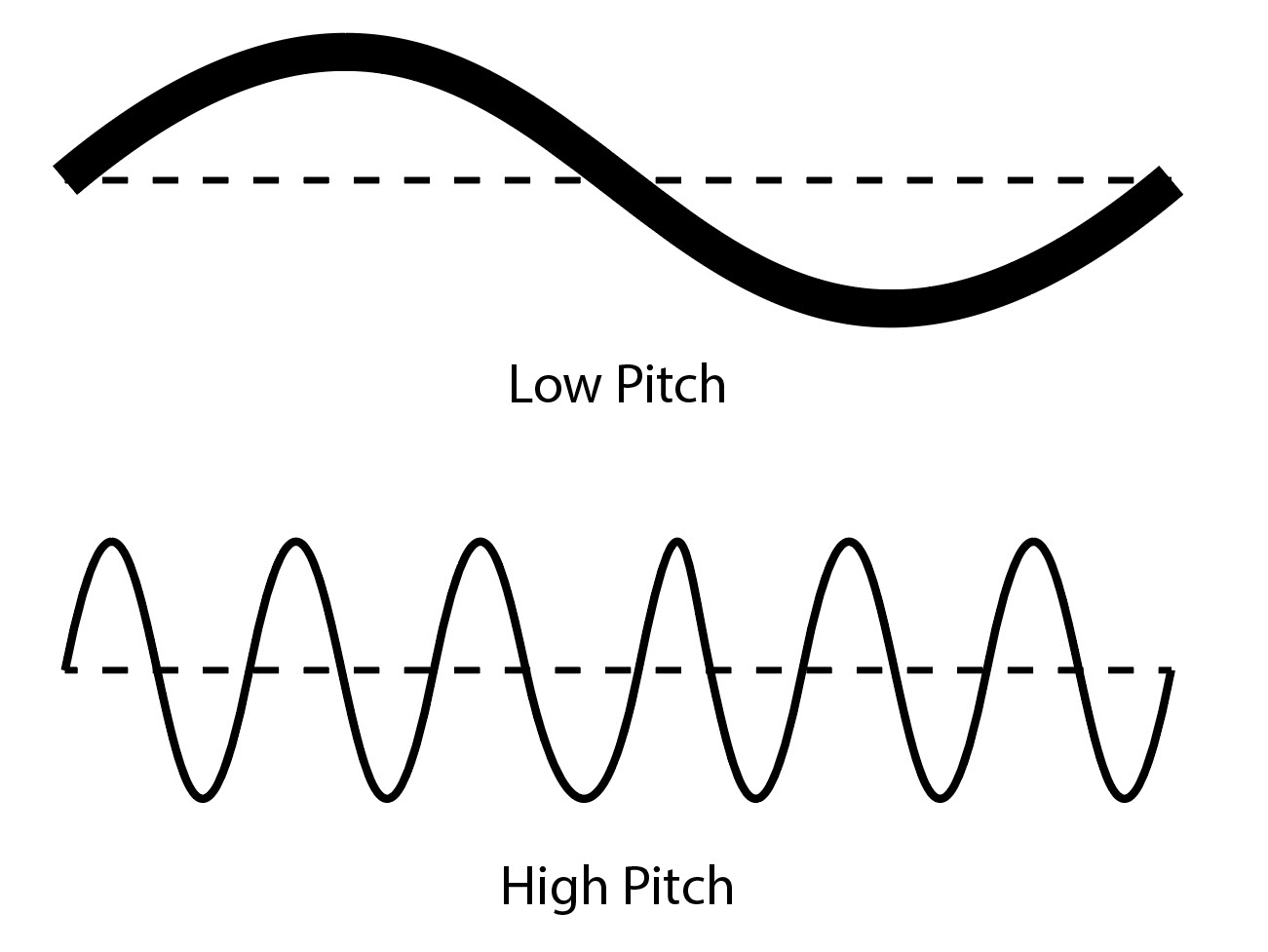 So just to reiterate – pitch, or how high or low a sound is, is determined by the frequency of the sound waves. A higher frequency equates to higher pitch. When the waves move more slowly – the frequency is lower, the pitch is lower also.

If you’ve ever EQed a car stereo or played around with an amplifier, you may have seen settings like ‘low’, ‘mid’ and ‘high’, or ‘bass’, ‘mid’, ‘treble.’ Typically, all this is doing is adding slightly more volume, or taking away volume from different groups of frequencies in order to make it sound as best as possible to your ears, and to suit your favorite genre of music. In hip-hop or rap music for example, listeners generally prefer heavier bass. Therefore, they may tell their speaker system to add some volume to the low frequencies, to bring out those lower pitched notes that make up the bass parts of the track.

Okay, so – we know that all notes resonate at different frequencies. How does this translate into music?

Eventually, a system had to be developed by musicians in order to be able to play together and build nice sounding pieces. Rather than picking random frequencies, musicians agreed on different sets of frequencies that would then be assigned to different groups of pitches (called ‘pitch classes.) In Western music, these twelve pitch classes are as follows:

This makes a total of 12 distinct pitch classes. Note that there are no letters beyond G. When you go up to the next pitch beyond G-sharp, it circles back around to A again.

Now, hold on. There certainly more than 12 different pitches used in music – so how did we agree on a system of only 12 notes?

It turns out, there are certain frequencies that go together so well, that they end up sounding like different versions of the same note. Listen to the audio example below:

Here is another example with the notes played on top of each other:

In music, we use something called intervals to describe the distance between two notes.

We will go into deep detail about intervals in a future lesson, but there is one interval that’s important to know about now – the difference between two notes with the same name.

Octaves are not unique to only the A note, though. In fact, the distance between any two notes with the same name is called an octave. In the illustration below, we can see an octave represented with two ‘C’ notes. 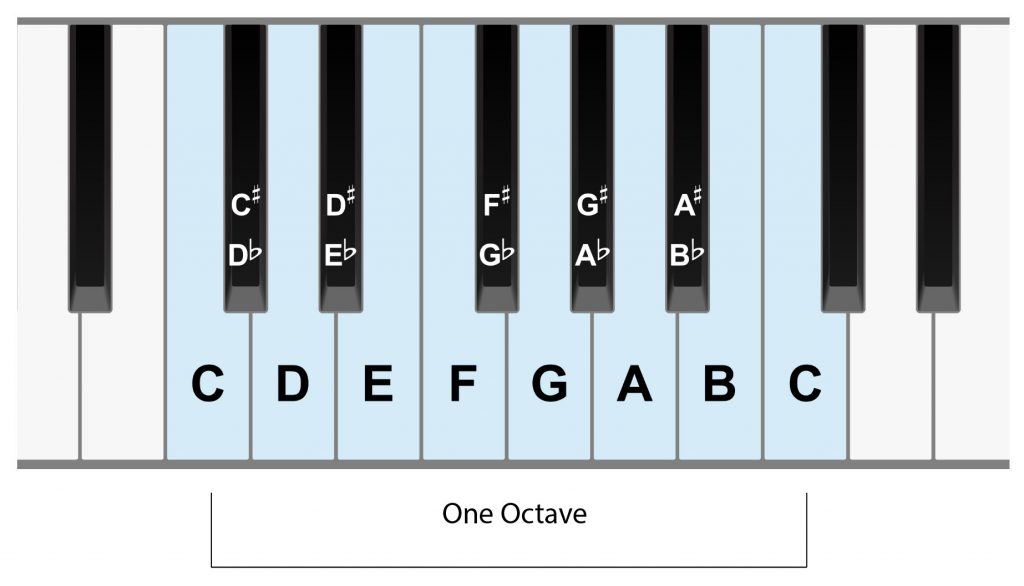 The science behind octaves is very interesting. Today, we now know that for a note to go up an octave, its frequency doubles perfectly. For example, the note ‘A’ is made at 110hz, 220hz, 440hz, and so on. This isn’t super important to remember, but it means that the waveforms of an octave will always line up perfectly.

So, we know that each of the 12 notes that make up most music, have multiple ‘versions’, and the distance between each version is called an octave.

We covered a lot in this lesson, so I wanted to recap the main points and terminology to ensure you understand it.

Sound: Sound is created when a source (such as an instrument) emits energy, that creates waveforms. These waves move through the air, and are picked up by your ear.

Pitch / Frequency: Pitch is determined by how quickly the waves repeat themselves, which is called frequency. Frequency is measured in a unit called hertz (Hz). Don’t worry if the science behind it is confusing, just remember that higher frequencies equate to a higher pitch.

Interval: The distance between two notes. So far, we’ve only discussed one interval, called an octave.

Octave: The distance between a note, and the next note (up or down) that shares the same name. For an example, look at the illustration above. The distance between the first C and the second C is one octave. Octaves always sound good when played together, and can make your piece sound larger or more ‘thick’.

If you have any questions or there’s anything you’re having trouble with, please leave a comment below and we will get back to you as soon as possible.