Why Do Pianos Have Multiple Strings Per Note? 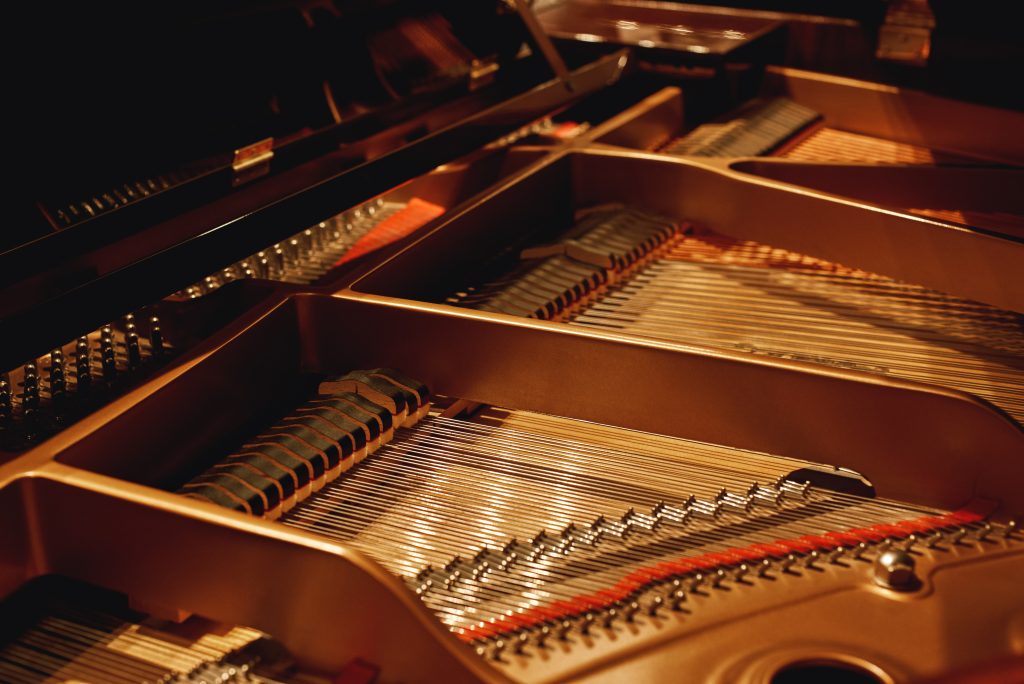 Acoustic pianos: the go-to instrument for history’s most prodigious composers. While violins and other classic stringed instruments existed simultaneously, none compare to the sheer versatility of the piano.

Pianos tend to have around 220 to 240 strings depending on how many keys there are, as well as the specific manufacturer and model of the piano (with the average being about 230.) Those 230 average strings are distributed to 88 keys, of course, and while not every key or note will get multiple strings, all of them will get at least one string.

As you will notice, starting from the lower keys, the number of strings multiply as it progresses higher and higher. Some models may have two strings per note at one point. This all depends on the manufacturer, model, and on occasion, the specific musical function of the piano.

Why Do Pianos Have Multiple Strings Per Note?

The answer to this relies on two things: the technical or musical aspect and the physical aspect of a piano.

Lower pitch keys on a piano will have one string each that are thicker and built differently than the multiple strings found on the higher keys. They also start off longer and gradually shorten with each higher key.

This design accommodates the change in pitch, volume and tonal quality of each key.

To put things simply, think about it this way – with shorter and thinner strings, they will make less noise when struck with the hammer of the piano. They are also more prone to breaking.

By using multiple strings per key, you:

1. Ensure that the volume levels remain equal across the entire range of the piano.

2. Distribute the force of the hammer across multiple strings (rather than focusing it all on one), leading to less strings breaking.

Thicker and longer strings that are wound with copper wire create the low notes when struck by the piano hammer. They create deep reverberating sounds that are loud and musically associated with bass or lower pitches. On paper, the sound waves produced by thick single strings on a lower key typically create a low frequency. These are sound waves with stretched pitches and longer intervals.

Top it off with the copper wire layer and you basically get the full-toned quality of the long, single strings. This wound copper layer facilitates a smooth oscillation once the string’s vibrations begin to dwindle. It simply prevents an immoderate twang and ensures the sound gradually fades smoothly while retaining pitch all throughout.

Thinner, shorter and smoother strings on the other hand create striking acoustics that are higher and smaller in volume. Higher keys will have multiple strings to address the lack of volume produced by a single thin string, among other reasons.

Imagine one single string of a higher note getting struck by the hammer, versus two or three thin strings getting struck together. The latter would have more volume and tonal quality that matches the lower keys compared to a single string that can not sustain pitch or volume without bouncing its vibrations.

On paper, the sound waves of a single thin string will have the waves running on inconsistent intervals and jagged, ununiformed amplitudes towards the end of the sound.

Multiple strings that are shorter, thinner and smoother will “fix” this issue by having them oscillate together in a way that complements their vibrations. Again on paper, this would look like consistent waves that are close to each other but with uniformed intervals and amplitudes.

Additionally, since higher keys use thinner strings, this would mean they are more prone to breaking from the force of the hammer. This is, however, a circumstance that occurs in hindsight. Of course having multiple strings coincidentally helps in the distribution of force. 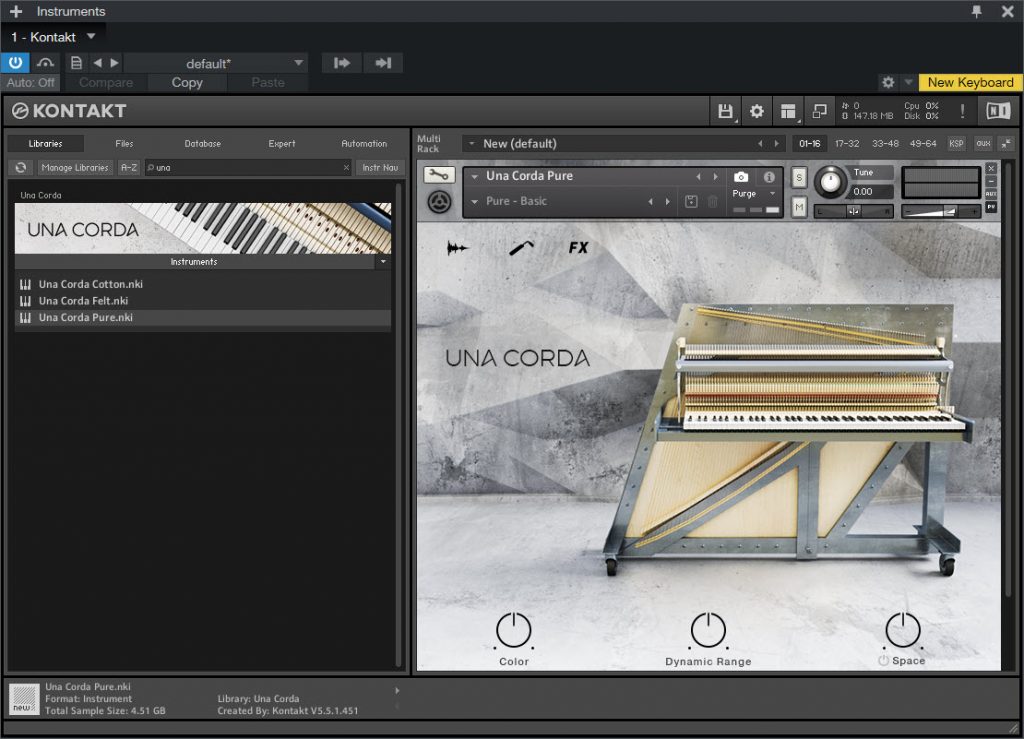 With all the information above, that isn’t to mean that single-stringed keys sound bad all the time. Obviously not. The piano having multiple stringed keys simply follows the rules of vibration and acoustics, whereby it is also dependent on the medium that stimulates the vibration. In this case, it is the hammer and its case. So the violin, harp, and other single-stringed instruments do not exactly compare since the way they are stimulated differ from the piano.

Now you’d think you’re on top of this whole multiple strings question, but prepare to be blown away yet again by the Una Corda Piano!

It’s a recently developed modern piano made by Klavins Piano group in 2014 where the instrument has only one string per key. The theoretical idea from an outsider’s perspective is that it operates as if you have the una corda pedal on function all the time. Yet, according to critics, the Una Corda produces a sound quality that is far more ethereal and serene than a regular piano with the namesake pedal on function.

The Una Corda has recently been credited for its unique design and has yet to be recognized even further across the globe. One thing that resonates since its release, however, is its magical sound quality. A hybrid of analog and digital piano sounds! It is now a question of whether this sound is attributed solely to the piano’s one-string design, or it’s bare open body form. Perhaps both and even more.

If you’d like to use the unique sound of Una Corda in your music without shelling out nearly $30,000, Native Instruments has released a sampled version of Una Corda in their Komplete bundle – which is (in our opinion) one of the best deals for music producers, period.

Pianos are traditionally the supreme medium for virtuosos. They allow composers to concoct songs that encompass virtually any voice and instrument, thanks to their wide range of pitches.

Of course that won’t and isn’t always the case. Modern instruments are emerging and the rise of digital music paves way for facile musical composition. Things such as the number of strings that support a key and the reason they exist may or may not matter.

However, if you’re playing a real acoustic piano in person, you don’t want strings breaking – nor do you want higher notes to be quieter than the lower ones.