If you’re familiar with sharps or flats, you know that they can change the pitch of a notes in a given song. 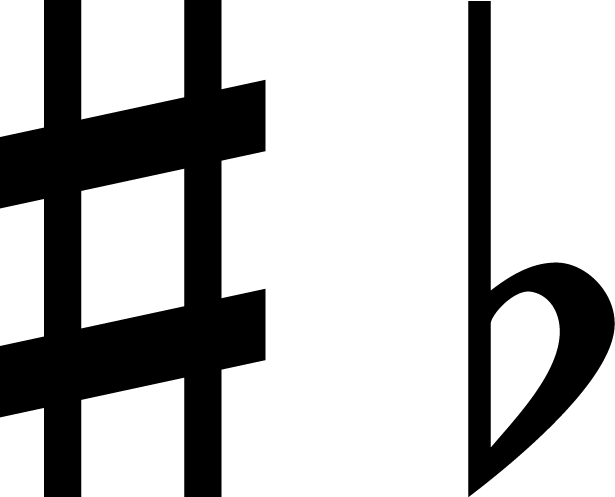 However, what happens if you’re playing a piece of music that includes many sharps or flats? This can quickly become overwhelming to the eye, and make it more difficult to read the music. See this example:

In just 4 measures or ‘bars’, the sharp sign was written out 9 times! This adds a lot of unnecessary clutter to the page and makes the score much harder to follow along, particularly when playing fast or sightreading.

However, if you take a good look at the music, you can see that it’s always the same notes that have the sharp symbol next to them. In this case, it’s F, C, and G. As a matter of fact, every single F, C, and G in this short arrangement is sharp.

Take a look at this short arrangement again:

Now take a look at this one:

It turns out, both of these are exactly the same! If you played them, there would be absolutely no difference between the two.

The only difference visually that you can see, is that the sharps were added all the way on the left of the line – after the treble clef, and before the time signature. This arrangement of sharps or flats is called the key signature, and there are 15 of them in total – corresponding with each of the major scales in music. In fact, even if there are no sharps and flats at all, the song still has a key signature – which would be C Major or A Minor. We’ll talk more about different keys later on in this course.

Looking back at the example, these sharps correspond with the same three notes we said were sharp earlier – F, C, and G. 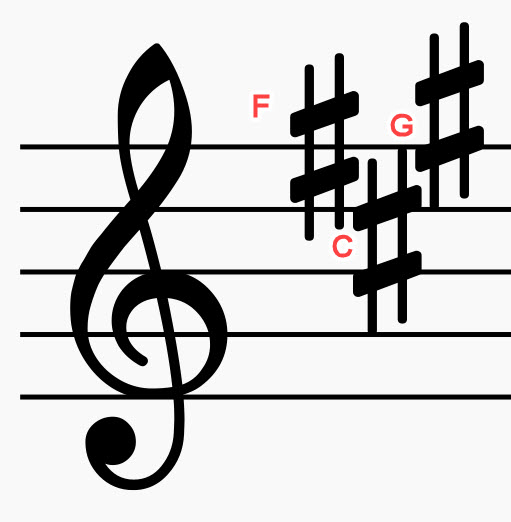 What this means is that all F’s, C’s, and G’s are going to be sharp. All F’s for example will become F sharps, unless otherwise indicated.

This is true regardless of where the F appears. You might assume that only the F where the sharp is at would be sharp, but in truth, every F will be sharp. Unless the key signature changes in the middle of the arrangement, this will continue until the piece is finished.

Note: All the concepts we’ve talked about so far apply to flats as well.

Additionally, all the different key signatures follow a specific order, which will help you be able to tell even more quickly. Let’s talk about that now.

The Order Of Sharps And Flats

In each key signature, you will only ever see sharps OR flats. You will never see both of them together in the same key signature. Additionally, all key signatures follow a specific order, which is very useful to memorize.

The Order Of Sharps 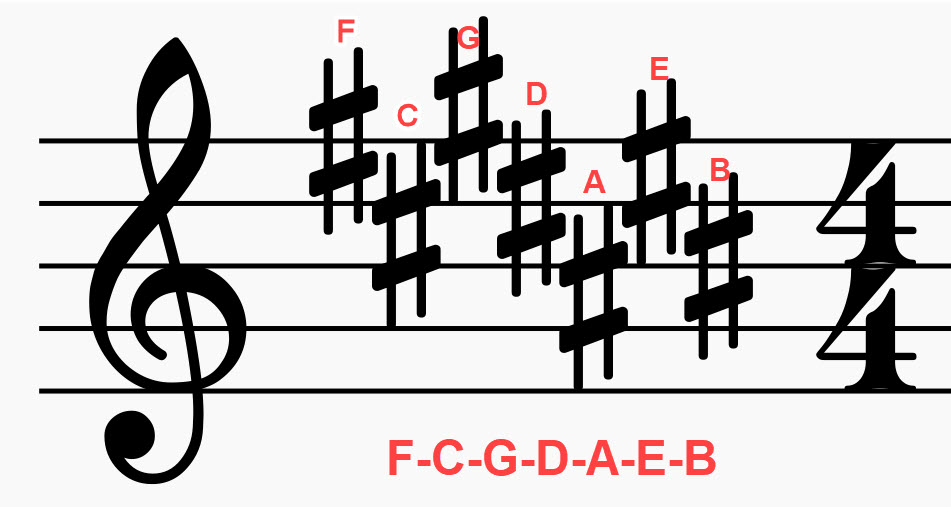 Sharps will always appear in the following order, from left to right:

These can be memorized by the saying:

Or, make up your own!

Here is an important point of music theory, that will serve you well to know.

If a song has for example, a C Sharp in its key signature, you can be absolutely certain that it also has an F sharp. This can be really useful if you’re trying to play songs by ear, or you’re trying to put together melodies that sound good. Note that this isn’t always the case – for example, if you can’t actually see the key signature and you’re just picking out notes by ear, that C sharp could very well be a D flat, and the song could be played in a different key entirely. However, by being able to pick out notes in a song, you can often quickly find the key of that song even if you can’t actually see the key signature.

If this doesn’t make much sense, it will when we discuss keys later on in the course.

The important point to remember right now is this – sharps always follow this exact order. If the key signature has 4 sharps, they will always be F, C, G, and D. You will never see ‘D sharp’ on its own without F, C, and G following it.

The Order Of Flats 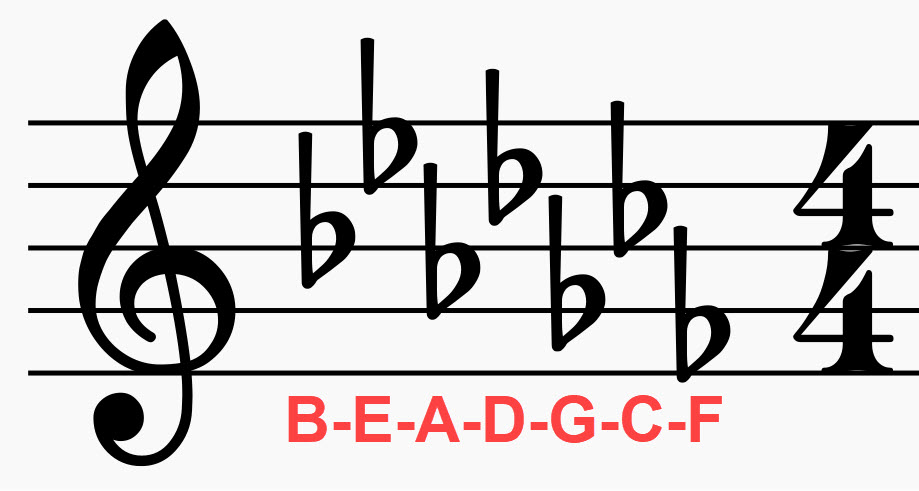 Flats will always appear in the following order, from left to right:

These can be memorized by the saying:

Again, you can pick any saying you want that helps you memorize it. This one was taught to me in elementary school, and it stuck. 🙂

Key Signatures In Other Clefs 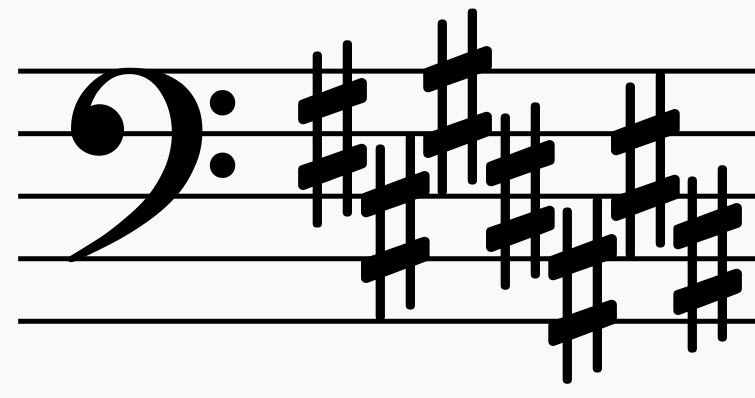 Note that key signatures in other clefs behave in exactly the same way, and the order of sharps and flats is the same.

I wanted to point this out, as you can see in the above picture that the position of the sharps on the staff is different than on the treble clef – it is shifted down to reflect the different notes on these two clefs.

However, the order is exactly the same.

If you have any questions about key signatures, feel free to ask!